Raising your DotA 2 MMR can be one of the hardest things that you would ever have to do in your life. With all of the account buyers, boosted accounts and usual human-adjacent players, playing DotA 2 ranked games can become hell – or heaven if you are lucky and skilled enough.

How To Raise Your DotA 2 MMR – Step-By-Step Guide

While we are all well familiar with the negative feeling that you will never get out of a certain MMR bracket, I would never recommend doing the following two things:

Why? Because those two usually results in you playing at a level where your skills don’t match the skill requirement – because you skipped a few hundred MMR points remember?

Then, you will most probably get flamed, reported, etc, and eventually, most probably, go back to your original MMR. And that is where most people get a very much needed reality check.

Almost all human beings who are in a MMR plateau (including me) have felt that they were above their level of skill and that they were losing only because of bad teammates.

While this may certainly be true for individual games, the overall skill that you and I have is exactly where our MMR is – maybe a little bit higher for specific heroes, and lower for other heroes, but the median is right there.

Generally, from my experience, there’s a noticeable skill gap at around every 500 MMR points you jump – it might be as big as people’s mechanical skills and game sense getting a lot better and better or as small as almost everyone purchasing a Magic Wand.

In either case, you don’t want to skip MMR because with MMR (either positive or negative) comes skill and while MMR is volatile, skill and experience are priceless.

The thing that most people don’t realize is that almost everyone (even the pros) have lifetime win rates of around 55 – 60%. So statistically speaking, you can expect to lose almost every second game.

And if you are 60% and over, well, that probably means that you are Miracle- and you are smurfing to have fun. Why would you do that? Stop lower bracket abuse please.

In my DotA 2 experience, I have come to realize that raising MMR is basically a game of numbers – the more games you play, the more MMR you will get.

But there’s one catch in this equation. Sometimes, as we all know, you might be on a bad streak – 1, 2, 3, 4, etc consecutive number of losses. And then, logically, most people start playing bad because of roid rage… sorry, I mean just rage.

Now, if you are one of those people, I suggest you either learn to control your emotions, get a punching bag, stop playing for a few hours until you feel your mind is clear or stop playing for the day as a whole.

Depending on the level of rage you have achieved, you will have to choose one of the above options. If it’s just a tingling rage after the first one or two losses, then just control it or hit the punching bag a few times.

But, if you are starting to shake, seeing some weird white spots on your human UI, and looking for something to hit, I suggest you close the game. I know it’s very hard to do because you want to farm those MMR points back up, but trust me, the best thing to do is to stop. I can’t count the number of times I have lost 3 digit MMR numbers overnight because I just couldn’t stop.

The way I see it, the only way around all that is to teach yourself the art of letting go, which is one of the hardest things to learn in life. Not a bumper sticker, Master Yoda thought me that.

Step 3. Find The OP Heroes Of The Current Meta

If you want to raise your MMR quickly and easily, then you need to be adaptable above anything else. Just because Elder Titan was broken in 6.88 and you like that way the hero looks and he fits your style perfectly, doesn’t mean that you should be playing it on 7.02.

That is basically how most people lose MMR. I mean, when 7.0 was released, it took me just a few hours to realize how weak Slark is compared to some of the meta picks that were born and I immediately stopped playing it – and he was one of my favorite heroes back in 6.88.

I have never played Ember Spirit before 7.0 but when I saw the power, I just had no choice but to learn it. Not to mention the countless people that were spamming Lone Druid with the new “sniper” build and were getting ridiculous win rates of 70 – 80% (I’m not even going to mention Monkey King) while many others were wondering why they had pages full of red when they were still playing 6.88 meta heroes.

One very easy way to find the OP heroes of the current meta is to watch pro games or simply go to DOTABUFF and then check out the “Meta” page under “Heroes”:

FInd your MMR bracket, sort the heroes by win rate, and observe. Of course, these stats will not mean that you will win exactly 57/100 games with Abaddon but they will give you a general idea of what works in your skill bracket.

Keep in mind that some heroes such as Ember Spirit require more skill to be played optimally, so don’t be surprised when they have lower win rates than what you expect. Some people just hear from someone that a certain hero is OP and then they think they can abuse that when they haven’t played the hero at all.

That’s another easy way to lose MMR and to get flamed and reported as well – possibly for account buying or MMR boosting because you are just so bad with the hero.

The correct way to approach this is to search for the hero on DOTABUFF, go to the “Player Rankings” tab, and watch replays of games from the top players with the hero.

Another great thing to look at is heroes against against whom he is bad. Most characters in DotA 2 have hard counters so you want to be aware of those in order to adapt and pick heroes that will actually win you the game.

There’s no quicker way to learn to play a certain hero the right way for the current meta than watching one of the best players in the world and how they play it.

For instance, if you want to be good with Ember Spirit because he is OP in the current meta and can easily raise you MMR if you learn to play it, simply go to YouTube and search for “Ember Spirit DotA 2 gameplay” by a favorite pro player of yours – Miracle-, MATUMBAMAN, Suma1L, Abed, etc.

Keep in mind that I would suggest watching a pub game as opposed to pro game because the way a pro game is played is quite different from a pub game. And if you will be farming MMR, you will be playing a lot of pub games.

You think it’s a coincidence that the best DotA 2 players in the world play DotA 2 all day long? Most of them have already learned the art of letting go so it’s easy for them to play 10+ games per day without letting emotions influence their gameplay.

Have you ever heard of the 10,000 hours rule? It basically says that if you do something, in this instance play DotA 2, for 10,000 hours, you will become ridiculously good at it. And it has a lot of truth to it.

Wait. Damn, 109 days? What am I doing with my life? Anyway, the point is, the more you play DotA 2, the more experience you will gain, just like anything else in life.

You will learn more mechanics, improve your game sense, perfect hero gameplays and builds, learn to adapt your item builds and not just purchase items because you saw some replay of a pro player purchasing those items and it worked out well, etc.

So let’s quickly summarize the steps you need to take in order to raise your DotA 2 MMR:

Raising DotA 2 MMR is not the easiest of tasks but, if you simply follow the above 5 steps, I can guarantee you that it will become a lot easier than you think and it’s almost a guarantee that you will raise your MMR. Best of luck! 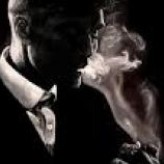